Have a development question you want answered? Ask it here and you'll get your answer
Post Reply
23 posts

Question: let's say you have 6 acres in Columbus Park slated for market rate housing. Maybe one street going east to west and one going north to south.

Public housing is east of this land and apartments are west. Mixed use is possible to the south.

What would you build on this acreage?

Mixed use (storefront retail w/apartments and flex office above) on 3rd, restore 4th Street and Campbell then build two- or three- story townhomes on the new blocks that result -- all mixed income. Put the parking underneath on 4th and on the streets. 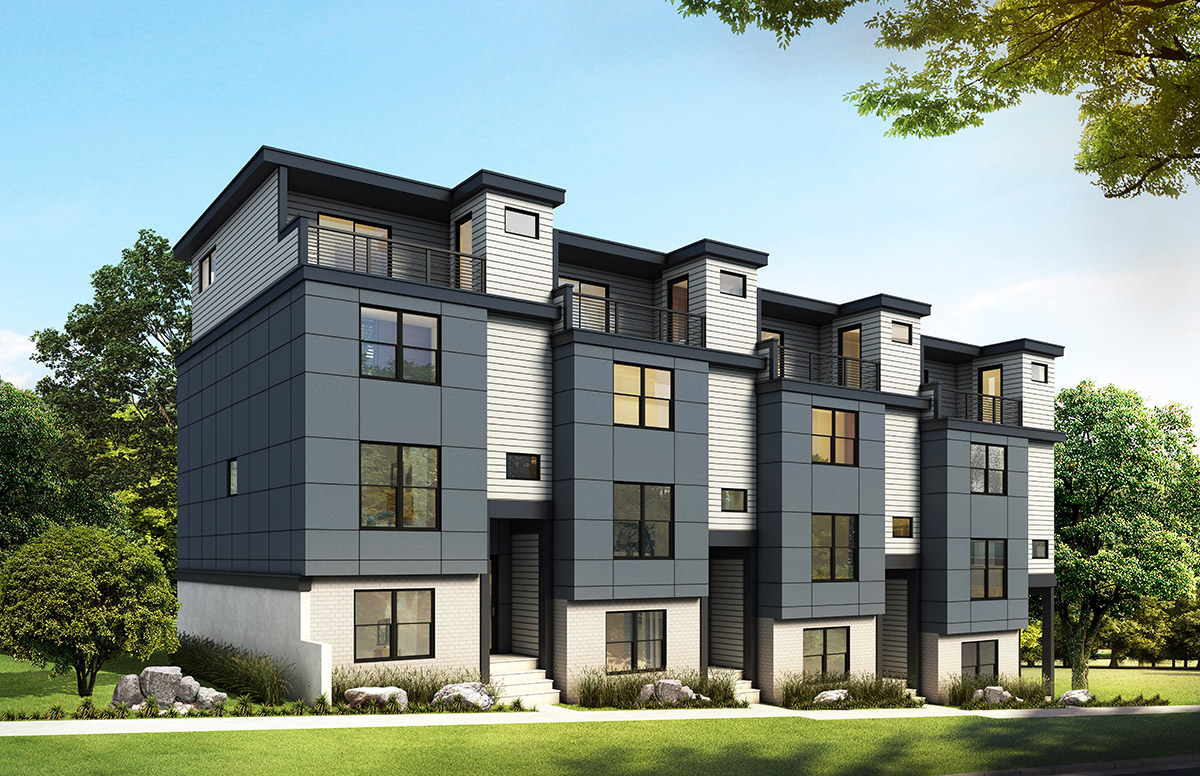 Do you think retail could make it on 3rd?
Top

"let's say"?
This land allegedly went up for sale well over a year ago. HAKC had multiple offers and at least one of them was for fair market value (asking price). They have been claiming for over a year that they were going to issue an RFP, any day now.
The area was re-zoned URD in 2007 by a group of uncreative, dishonest people who believe they have the development rights.
It has been over two decades since HAKC entered into an agreement with the city and neighborhood to turn it over to a developer for market rate housing with no more than 20% low-income housing included. If I was a betting man, I would wager it will be a decade before a shovel is turned.
And no, I don't think (much) retail can make it on 3rd. Underground parking should be accessible from 3rd and retail should stay concentrated on 5th.
Top

One of the things City zoning should do for this land is to require alley access to parking and garages, and push the buildings to the street. None of this foolishness.

I would also hope that 3rd Street would start to get developed up to the curb from Holmes to Gillis. Please none of these huge setbacks, or the backs of buildings facing the street.

The other thing is make sure street trees are planted at the time of development.
Last edited by FangKC on Wed Jul 06, 2022 6:46 am, edited 2 times in total.
Top

Yes. Many regrets with that development. But what would you do with 6 acres? Anything innovative you've seen elsewhere?
Top

The Caddy Shack does well on the East side of 3rd St. Not retail but I assume that ground level retail would include food & beverage places. Plus as the residences increase and more people are in the area it creates more need for retail, like small grocery store and small foot print retail places like that.
Top

There is a large elevation change on the south side of 3rd St. The north side is not part of the redevelopment area in question, though I would hope it will get developed at some point (and possibly before this!). I tried to assemble that property long ago. The gas company owns a substantial portion of it and from what I understand, the earth is badly polluted. I think they have been remediating that, since they appear to be turning it over constantly.
Top

I feel like you could straighten out 4th street into a T-intersection and build similar apartments to what Chris showed and the CP lofts a block down. However, CP really needs more housing and density. There is not one larger apartment building in the area. With a larger parcel like that, you could try to push 4-5 stories since it abuts retail to the South.
Top

We tried to do exactly that a long time ago.

FangKC wrote: ↑Tue Jul 05, 2022 8:46 pm One of the things City zoning should do for this land is to require alley access to parking and garages, and push the buildings to the street. None of this foolishness.

I would also hope that 3rd Street would start to get developed up to the curb from Holmes to Gillis. Please none of these huge setbacks, or the backs of buildings facing the street.

The other thing is make sure street trees are planted at the time of development.

Townhouses. Buy out to Charlotte or get those owners in as a co investor.
Top

I would hope there would be no single family detached houses sitting on lawns here. The Metro is full of those options. The City should have ruled that out completely with zoning prior to redevelopment.

What is needed here is real density. I have no problem with a small yard or courtyard behind some townhouses.
Top

I would go rowhomes along the curve, complimented with a paseo at the Gillis ROW designed for pedestrians. They would transition well from the existing housing project. Small apartment buildings could work on 3rd but I wouldn't expect retail to be successful there for another decade, and thats still a big maybe. However, I think the most important thing you could do with that parcel is coordinate events between the DIY skate park, Cafe Co Phe, and the Soda Lofts for live music, murals, and wellness. There's a chance to do something creative with public space here while still maximizing land usage. Good luck on your endeavors!
Top

I'd get rid of that curve and reorient the street to a grid.
Top

Much of the limitation comes from the fact it's only six acres and we've got one of the most challenging construction environments most of us have ever seen. Which means most developers are going to want to maximize every single bit of it.

1. I've heard in the past townhomes are less desirable, but I think that's changing.

2. I've heard no one will live next to public housing and I don't think that's true, but I've heard that.

3. The DIY skatepark wants more space for the park, a parking lot, lighting, and a public bathroom. Not only will that take up room, I don't know if a developer will acquire a liability like a skate park that is not planned or up to code. There will also be a nicer one nearby under the new Buck O'Neil bridge. The DIY may lose some appeal when someone owns it and enforces rules. I imagine they would have to fence it off at the very least during construction because there is no infrastructure on this land.

If we had more acreage, I would agree with you, it would be a no-brainer. It's extremely unfortunate that LCRA allowed a private developer to buy additional acreage or we'd have more to work with. Those two lots are currently choked with weeds and illegal dumping. I personally feel would be much easier to incorporate the skate park if we could use the acreage that's to the west of it.

These are just challenges. That's not to say an innovative project that incorporates more green space or public activity, like a skate park, is off the table in any way. It's feasible that the whole thing could be an activity space and something besides housing if we could figure out how to pay for it and keep it secure.

4. The two most requested amenities I hear from neighbors are a dog park that is members only so that you can make sure all the dogs are vaccinated and discourage problem owners. The second most requested amenity is a private pool and I just ignore that one, because I don't know where we would put it and I can't imagine we'd ever have the money to maintain it.

Bear in mind that security is still difficult down here at times.

5. I'm not 100% sure about this l, but I think we are about 80% rental to 20% ownership and I'm trying to figure out ways to help people who don't have much money to start owning. Co-ops don't have a great reputation due to exclusivity and not being well run. There's also the land trust approach.

6. I would love to have something Kansas City doesn't currently have and that helps Columbus Park to raise its profile. Those are the kind of innovative ideas I'm looking for inside the US or out. Density and being transit oriented is probably a given.

It's a bit of a chicken and egg problem. We need more people to have more amenities and businesses. So you're trying to figure out how many residents you need and then figure out which amenity to invest in, and how. This is as much a community problem as it is a development decision.
Top

Belvidere wrote: ↑Tue Jul 05, 2022 8:51 pm Yes. Many regrets with that development. But what would you do with 6 acres? Anything innovative you've seen elsewhere?

great info, thank you and good discussion. Also you mentioned that some feedback was "no one will live next to public housing". That is true of sorts. Depends how well the property is maintained and how the tenants behave. If there is good management, they will tend to maintain the property well and do a good job with due diligence to ensure the right tenants are in their properties.

If you are developing Townhomes, especially ones with higher end finishes and amenities to be able to demand higher end rents or sales prices you do need to consider it. Bad neighbors, regardless of where you are in the Metro can drag down home/property values. It can be a factor.

Hopefully a developer will want to work best they can with existing property owners/property management to ensure a win/win for everyone when they put up their townhomes. Mixed income areas do work and are critical to creating a true heterogeneous vibrant neighborhood. But it takes some planning & efforts for sure.

Drove through almost all of Columbus Park just yesterday to see what has been going on and what is there now. IMO it has an amazing foundation and you can see that those who live there now respect and take pride in the area. I think it is poised very nicely to be the next "hot" market in downtown with an ability to create a mixed Neighborhood of apartments, townhomes/condos and even some unique single family homes by renovating existing homes and maybe creating an area of row home or maybe even a "brownstone" type style. A mixed use that promotes density and diverse socioeconomic elements. Then provide areas for retail, boutique shops, restaurants, etc. to give it a true identity. If they lower the grade of 9HWy after the bridge like they are discussing it will help create that connection to the River Market and have 2 really cool distinct neighborhoods with a lot going on.
Top

Belvidere wrote: ↑Tue Jul 05, 2022 8:51 pm Yes. Many regrets with that development. But what would you do with 6 acres? Anything innovative you've seen elsewhere? 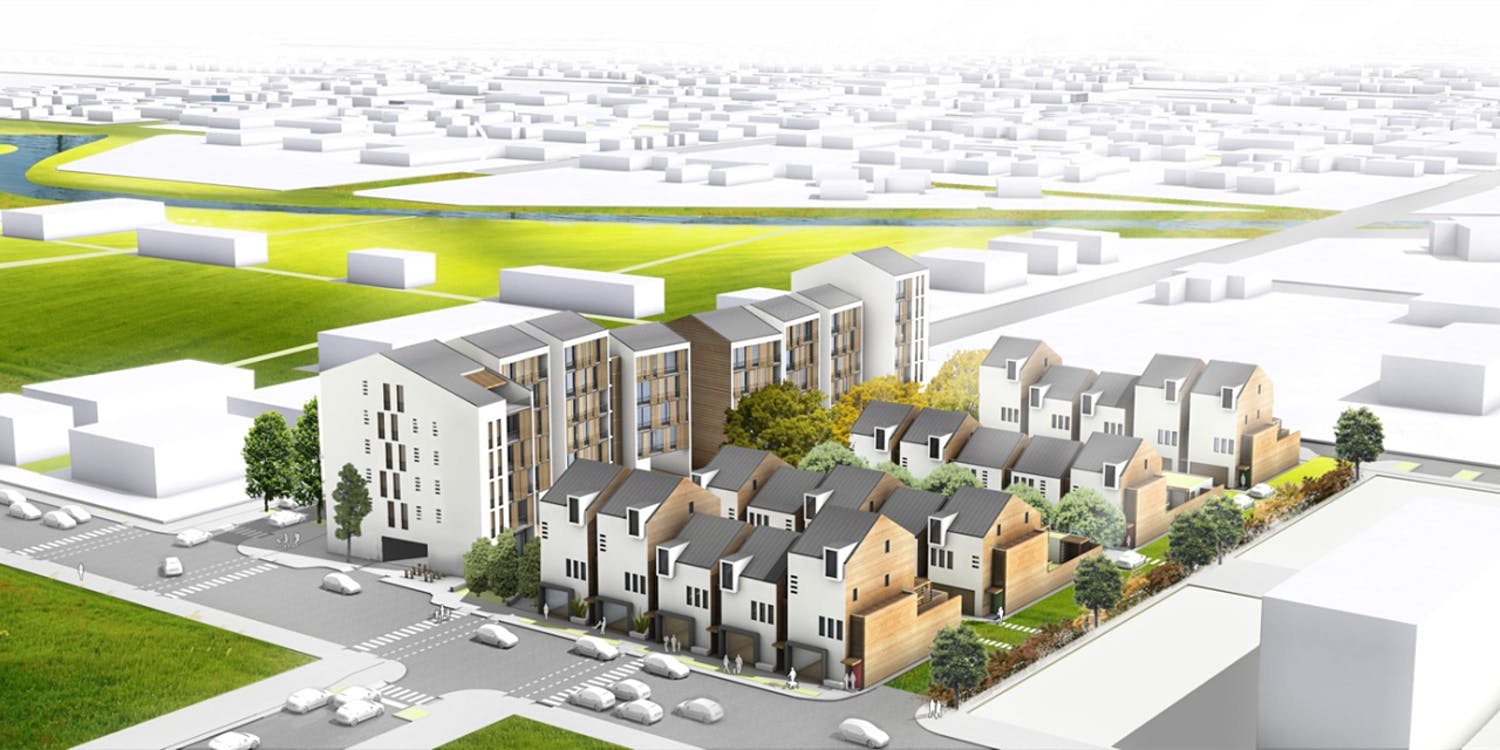