Come here to talk about topics that are not related to development, or even Kansas City.
Post Reply
1 post • Page 1 of 1

Didn't see another post about this but Chicago-based Invenergy has been developing the Grain Belt Express, a wind energy superhighway carrying power from future wind farms in southwest Kansas to Indiana, where it would plug into the PJM Interconnection LLC grid, the country’s largest electricity market.

There had been some talk that Missouri would strike down the project because of backlash to the project's use of eminent domain. However, Missouri Senate just approved an eminent domain reform bill that also has an endorsement from Invenergy


The bill would, however, require that companies using eminent domain to construct electrical transmission lines compensate landowners 150% of the fair market value for easements on their land. It would require that developers start construction within seven years of getting easements; otherwise their rights to the property would expire. And it would require that court-appointed commissions tasked with determining the fair market value of a farmer’s land during eminent domain proceedings include a farmer who has lived in the area for at least a decade. 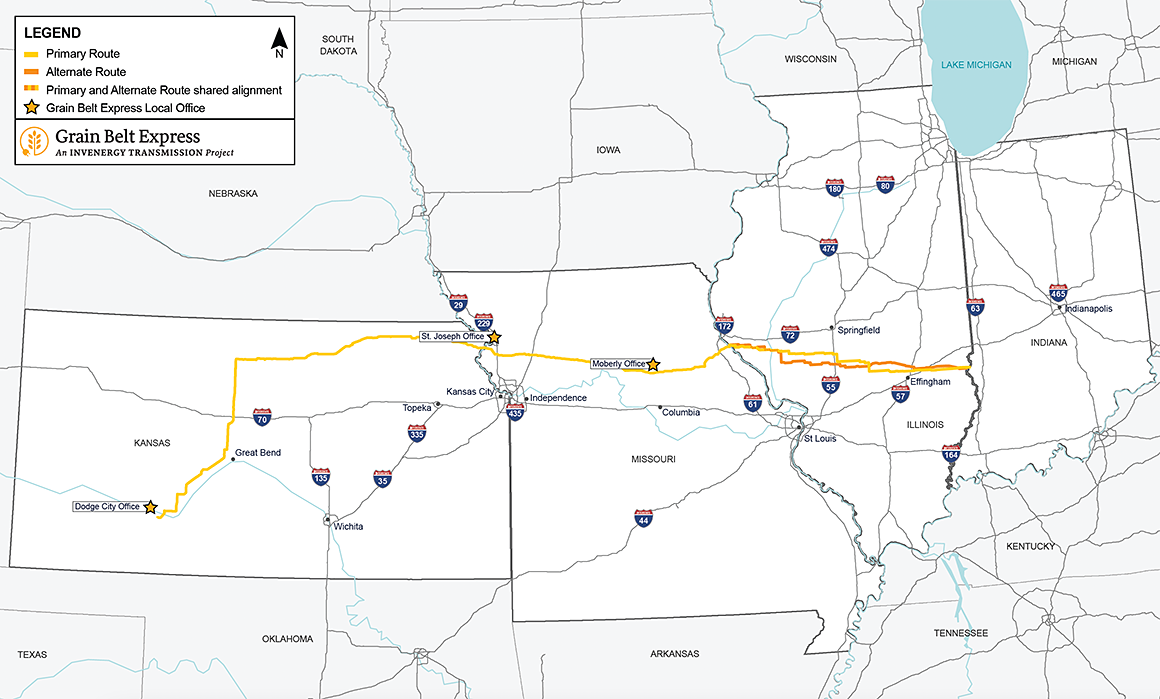