Want to talk about your favorite places besides Kansas City? Post any development news or questions about other cities here.
Post Reply
48 posts

KCMax wrote: An interesting, albeit radical idea on how to transform Detroit: What's interesting is that the map looks like what Oregon's Urban Growth Boundaries are supposed to accomplish in theory.
Top

A bit of history.  Once upon a time, there was a program called FACE (federally assisted code enforcement).  The government gave loans to people who would buy & fix up homes in run-down areas with the idea that they would live in them for a set amount of time.  This was back in the day when the government actually gave money to programs that could improve people's lives.

I recently read an article that the federal stimulus money isn't creating many new jobs.  Employers are hiring back laid-off employees or turning part timers into full timers.  And, unlike WPA-type programs, money can't be spent on parks, etc.  Interviews with former members of the CCC say that those programs really helped turn their lives around.

Well, hopefully I can at some point be rested enough to accurately describe what I saw in Detroit.

Detroit and Detroit metro is a very "epically" scaled city. The scale of the downtown is on par with a downtown San Francisco, Boston, etc, if not larger and with much better skyscrapers. Sigh.

There is almost nowhere, at least downtown or around/off Wayne State that feels reasonably safe to walk around at night alone or with just another person...at least over the course of several blocks, nor is there a reason to due to a lack of tight commercial districts. In fact, we were encouraged not to by bartenders. We took a cab or walked with others.

Downtown was a hulking dark mass at night with a few pockets of light (or in some cases, a single building like the book cadillac generating a lot of activity surrounded by nothingness).

Transit is sparse...saw very few buses off of streets like Woodward.

Blight and an aura of destruction on a fantastic scale.
Last edited by warwickland on Thu Nov 12, 2009 11:35 pm, edited 1 time in total.
Top


All in all, it’s a purchase of 517,000 square feet and brings Gilbert’s downtown holdings to more than 80 properties. That’s 13 million square feet of real estate the magnate now owns.

Odd that I started this thread and I was just there again a few weeks ago. Detroit has a long way to go still, but they are at least starting to renovate some of their amazing downtown buildings. Luckily, much of downtown is still intact. I still think they will see a major urban boom of re-investment in the next decade or so, but downtown Detroit will never be the big city powerhouse it once was.
Top

I was reading an interview with the man who bought the old Packard complex for redevelopment, and he said that Detroit is getting a lot of investment from outside the USA because you can buy buildings and real estate very cheaply (per sq. foot) in Detroit, and even after a major capital outlay for renovation, get a higher return-on-investment from the improved building that you can in any other city in the world.
Top

There are three major drivers in the comeback of downtown Detroit. Granted, the neighborhoods are Beirut-like in many places but as for going downtown at night, I do it all the time and I bring my kids.

1) Dan Gilbert of Quicken Loans fame. He brought thousands of jobs downtown with his own company and he brought other companies as well. The guy is a machine. http://www.freep.com/story/money/busine ... /31742621/

2) Mike Ilitch of Little Caesars, the Tigers & the Red Wings. This is amazing. http://www.districtdetroit.com/

Adaptive Use Is Reinventing Detroit


Take a drive anywhere in Detroit and you will see them—abandoned, boarded-up, or windowless buildings. You see them along highways. You see them downtown. You see them on neighborhood corners. Thousands of these structures fill the city.

Yet, from this widespread state of decay, Detroit is emerging as a national leader in the adaptive use of commercial buildings. It is not just the redevelopment of former Class B or C office spaces into residential lofts, as has happened in so many cities. What is really flourishing in Detroit are innovative and even exotic reuses of long-vacant or historic structures.

With all the redevelopment and adaptive use activity, market rental rates have been rising, providing a new incentive for further investment. At the bottom of the city’s real estate market, for instance, apartments rented for just 60 cents per square foot ($6.46 per sq m). But recent projects are getting $2 per square foot ($21.53 per sq m), which makes traditional lenders more willing to finance projects.

“Right now, if you can open an apartment in Detroit, you can sell [prospective renters] on the idea of renting downtown,” says Brian Rebain, architectural director at the locally based Kraemer Design Group, which worked on the David Whitney Building redevelopment.

In recent years, out-of-town speculators have been buying up properties in a modern-day land rush. But redevelopment in Detroit still requires mavericks—creative risk-takers like the Cooleys, the Carletons, Burton, and Landrum. Or Joel Landy.


The project is being referred to as "Detroit's largest residential development in decades." It will include the construction of up to 400 new residential units, ranging in size from apartments to townhomes, and the renovation of four historic mansions, all within a dense four-block community that aims to be a "catalytic" development for the city. 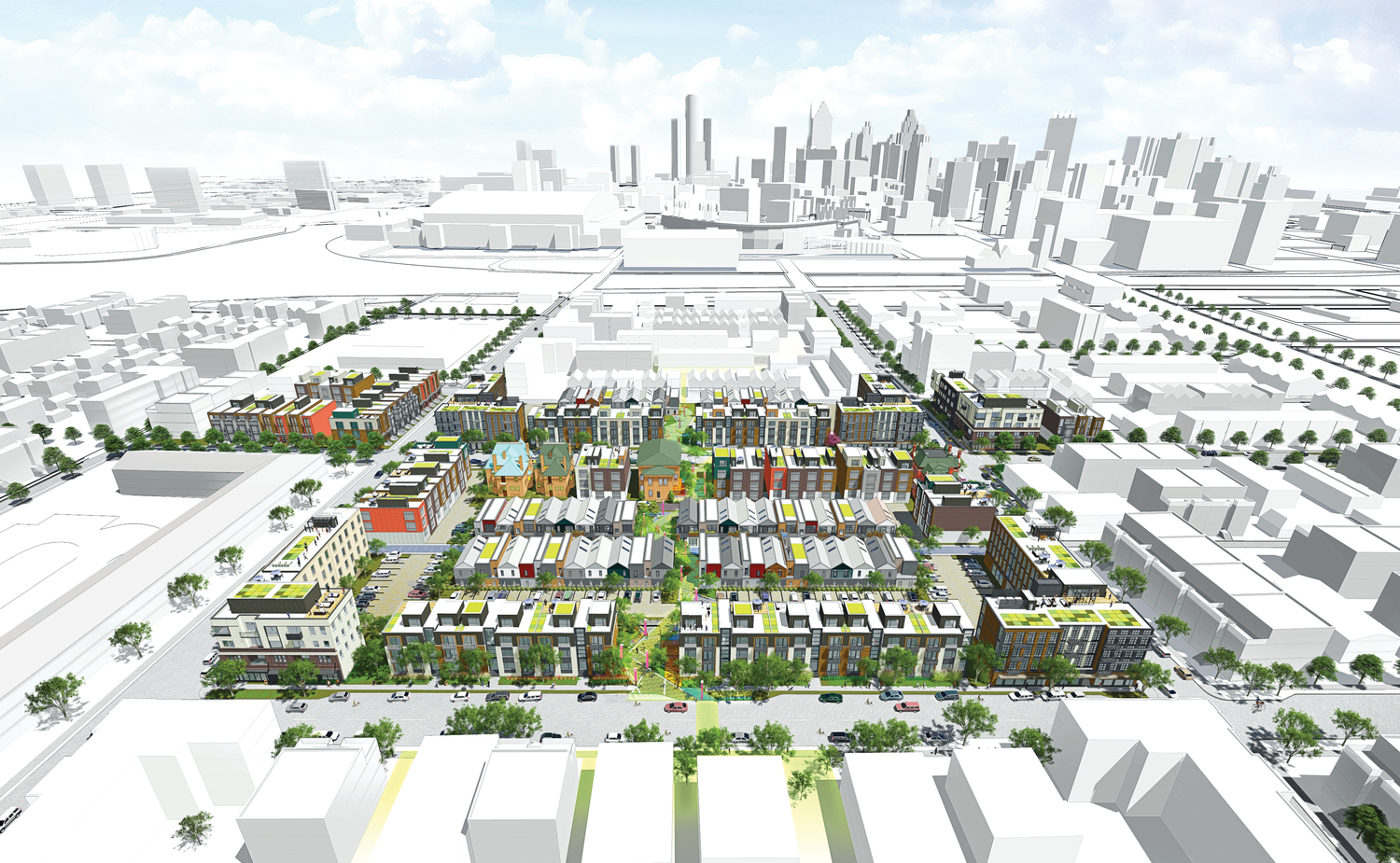 
While bureaucracy slows residential development in many other cities, Detroit is moving at historic hyperspeed to increase available housing in a downtown where 100,000 people work but less than 6,000 people live.

I'm going to Detroit in May thanks to Sprit Airlines $72 dollar round trip ticket prices. Gonna hit up a Tigers Game and take in The Henry Ford, I'm actually kind of excited for the trip
Top


Quicken Loans Inc. founder Dan Gilbert said 3,100 of his workers live in Detroit, up from the 77 who lived in the Motor City when Gilbert first moved his online mortgage firm downtown in August 2010.

He moved downtown to continue to attract young talent, who increasingly told Gilbert and Bedrock officials they didn’t want to work and live in the suburbs.

“I (would) always say to myself: If we just come down here and just be in two buildings, we might as well be in the suburbs,” he said when asked why he and Bedrock started to amass downtown property. “If we are going for this, we are going to do as much as we can. Let’s make as much impact as we can. It was one of the best decisions we ever made.”

Bedrock said it has invested nearly $2.2 billion in acquiring and renovating 80-plus properties downtown. He possesses prized skyscrapers, a major chunk of Woodward, the Greektown Casino & Hotel and at least 17,000 parking spaces.

I should go back. I visited during a cold november and it was quite gloomy. great lakes cities really perk up in summer.

i think i flew back to st. louis for like 49 bucks.
Top

regarding the light rail....I know that there is plenty of room for the alignment on woodward, but it also seems like the thing should be built on it's own ROW owing to the low property values and vacant lots in detroit. seems like a opportunity to easily build a new version of an L like atlanta did or the elevated portions in st. louis.
Top

Recovering from bankruptcy, the city created the country’s largest land bank to transform a surplus of abandoned properties into livable, tax-paying homes.

Here’s what we know about Ford’s move to Detroit

The train station itself was too big to fail


The biggest rumor in Detroit was finally confirmed earlier this week: Ford Motor Company bought Michigan Central Station and will start to build a big presence in Corktown. The company will unveil its plans June 19 in a community celebration at the old train station. Then, we’ll start to learn about what seems to be a very big change for the neighborhood—and for Detroit. Below, we answer a few questions we’ve heard since the rumors started earlier this year. 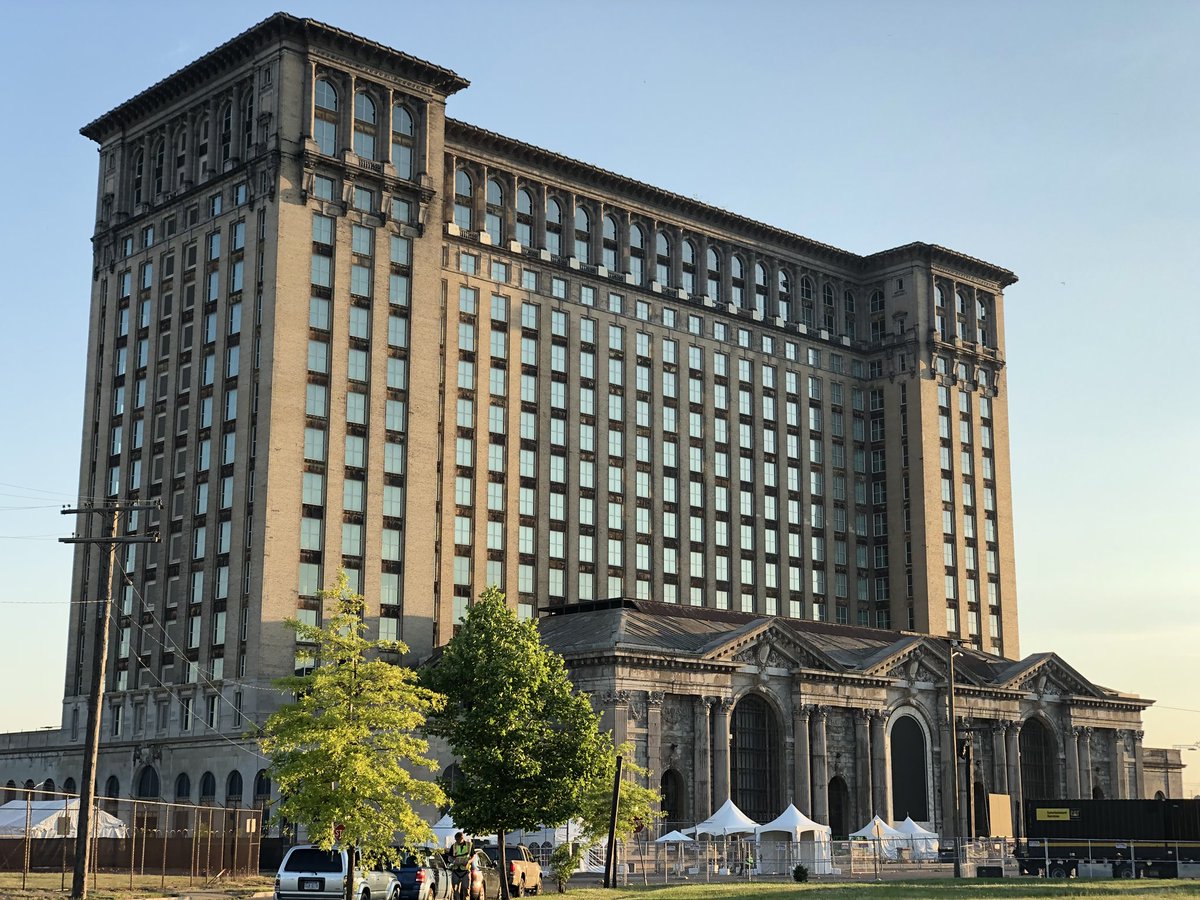 Also, a short section of their streetcar is center-running: 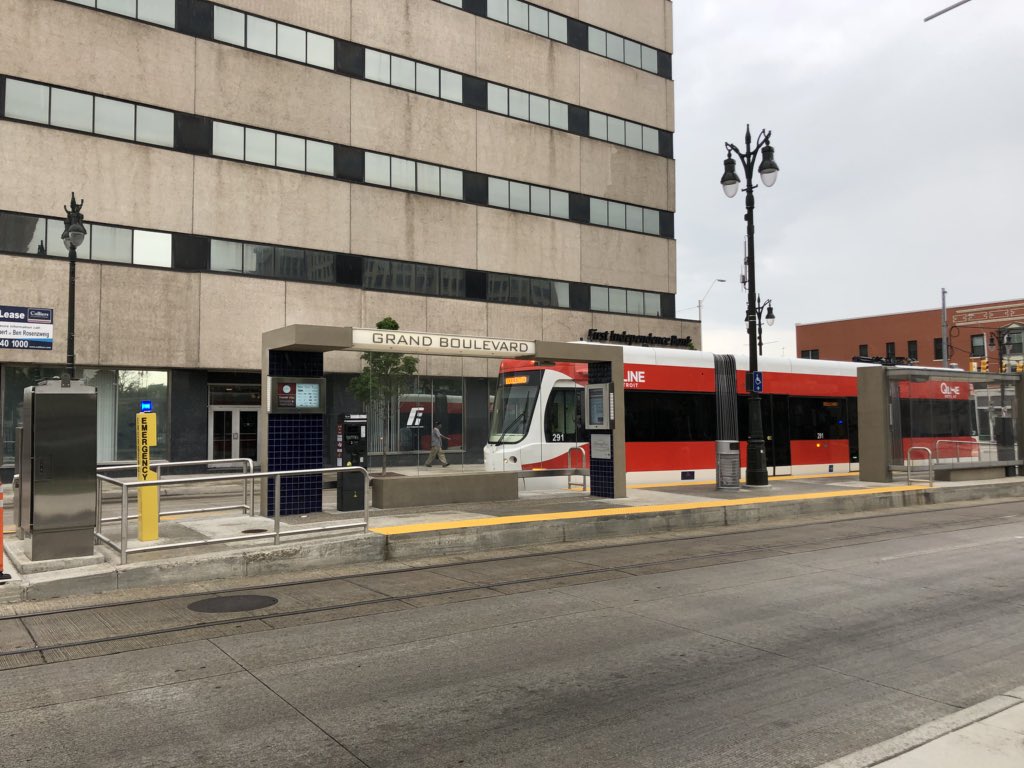 Just read "How to Kill a City" and strongly suggest it. Need to check out Detroit and explore how racially divided the redevelopment is and try to learn how gentrification/redevelopment can be more inclusive.
Top
Post Reply
48 posts