Think maybe the child is on City Hall roof, not the LM.
Top

What was the tan brick building with the flagpole in front of it at the southeast corner of Seventh & Main/Delaware (now a parking lot)? If I remember from reading something correct...it was the downtown Ramada Inn.
Top

My dad took this pic around '85 or '86. sorry for the poor quality but it's a cell phone pic of a slide projected on a screen.

Mailman, to post a picture here, you need to click on the "Post Reply" button, click on the "img" button in the choices at the top, and insert the address of the image which you will have stored on any other site. I use Flickr. You cannot store images on KCRag. I look forward to seeing your picture.
Top

pash wrote:Here's an earlier photo of the Prom-Sheraton in its original configuration: 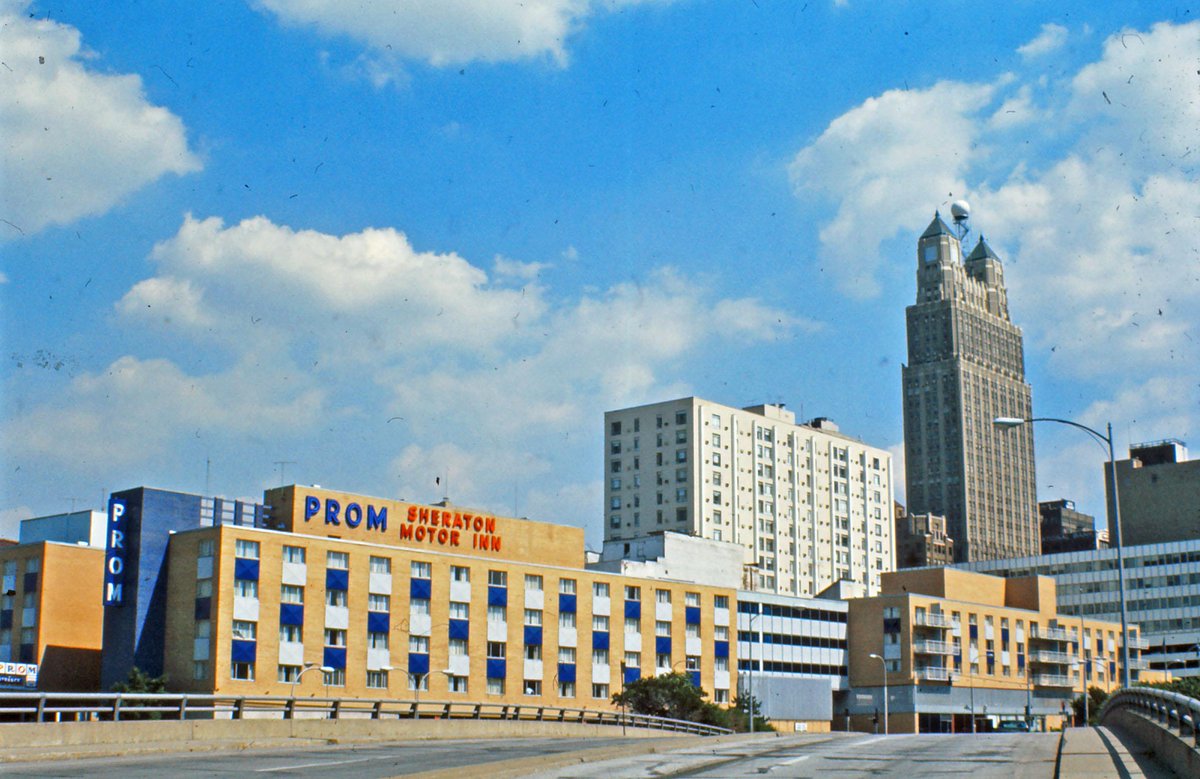 Looks strangely like some of the apartment buildings going up in the River Market these days.

I think if the Prom-Sheraton Motel building could have remained standing just a few more years, that now it would be looked at as a possible hotel renovation again, or might have been in the process of being renovated by now--maybe instead of the Holiday Inn Express hotel in the Interstate Building at 13th and Oak/Locust, or even the instead of the Hampton Inn hotel going into the Gumbel Building.

The Prom-Sheraton had anywhere from 244-250 rooms, an Olympic-sized swimming pool, a ballroom, banquet rooms, and I believe it had garage parking as well. Thus, it had advantages as a hotel that the other two buildings didn't have--namely a pool, a cocktail lounge, a ballroom, meeting rooms on-site, and covered parking.

Olympic swimming pool? Is there a Midget Olympics out there somewhere?
Top

town cow wrote:Olympic swimming pool? Is there a Midget Olympics out there somewhere?

that just means the length of the lanes, 160 feet. could have been three lanes wide.
Top
Post Reply
13 posts • Page 1 of 1