FangKC wrote: ↑
Thu Jun 11, 2020 2:56 am
It might be better if the block gets redeveloped before anything reopens in that building. Imagine starting a new restaurant there only to have new buildings being constructed all around your business.

Will the owner of the land somehow have more money by not leasing the building again?

Why would they need to imagine? Ask Affaire a few blocks to the south how that is. It's not much different from opening a new restaurant.

The owner of the land might want to redevelop the entire block and that might mean building on existing parking that the NARA building uses. It is also possible that the owner/developer might want to reimagine how the building functions, or connects with new neighbors. Upgrading the NARA building might pay off by being able to charge higher rent. The owner might be aware the building has limitations that could be corrected. It might need a bigger kitchen. It might need to have the retail space rewired to accommodate that larger kitchen with more appliances. It might need bathrooms that address handicapped needs. Those problems might be solved by building an addition in the parking lot to the south. The restaurant might also be enhanced by taking part of that same parcel and creating an outdoor dining space facing the street.

It's not uncommon for a land owner to allow space to remain empty while they are building around an existing building.

We still don't know how long the economy will struggle, so there might be restaurant spaces sitting empty for a long time.
Top

The Nara space benefits from having a high profile location on the streetcar route with private outside seating (doesn't require a ROW permit) and a relatively modern kitchen buildout. I could imagine the next restaurant tenant just taking the first floor and basement and an office tenant taking the second floor (because honestly don't you think the event space industry will collapse?).
Top

The abundance of event space seems to be Plan B until a better tenant comes along. Or for extra space as needed. And nothing wing with that but there sure is a lot in Xroads..
Top

Extra Virgin temporarily closed due to a fire this afternoon.

The Brick now has an outdoor street cafe: 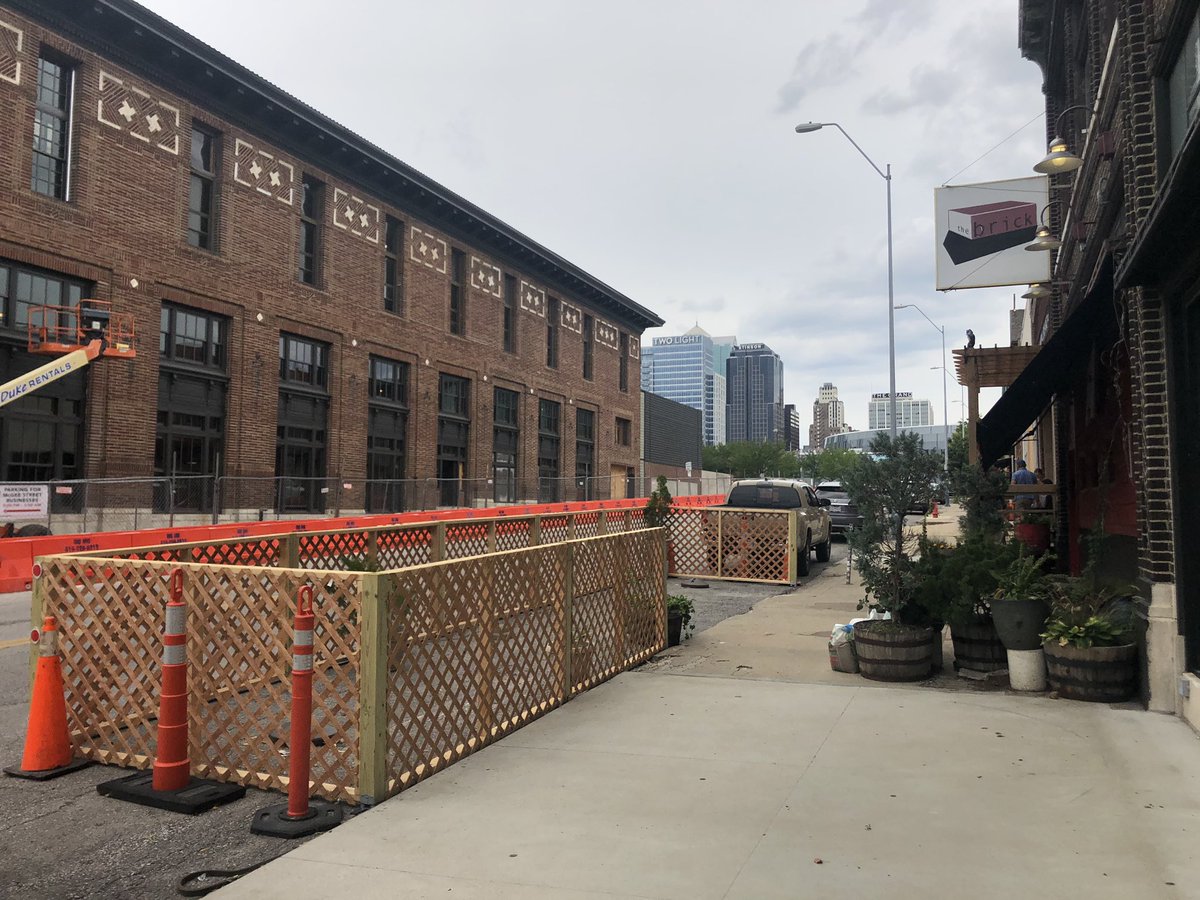 The Brick now has an outdoor street cafe:

Will it be possible to convert these temporary street cafes into permanent ones?
Top

Made in KC's downtown store is planning on doing a Parklet.
Top

It would be nice to keep those street cafe's and limit traffic to maybe 1 way on Mcgee. With the big Food Hall/entertainment thingy planned for the front of the Old Star building it's going to create more pedestrian traffic along Grand & 18th and then as you head East into the Crossroads. Anything they can do to make it more pedestrian friendly would be awesome. Limit street parking with the addition of a few key garages so that traffic can move through but not worry about street parking along that stretch of McGee and of course down 18th in the core area where Grinders & everything else is there. Definitely could see where garages on some of the Surface lots could help. Turn it into an even more walkable district
Top

Agreed. Plenty of space could be taken back from cars without having to go 1 way
Top

New Stewart Hall owner says the entire building will be renovated. Does anyone know a timeline?
Top

not just stuart hall, also EBT and library lofts, all former "kc loft central" properties. interesting. the former owner appears to still be operating and even expanding with a couple new properties by tannin in 2020.
Top

The former Dermadoctor building at 19th/McGee is coming along quite nicely. (yay awnings!) 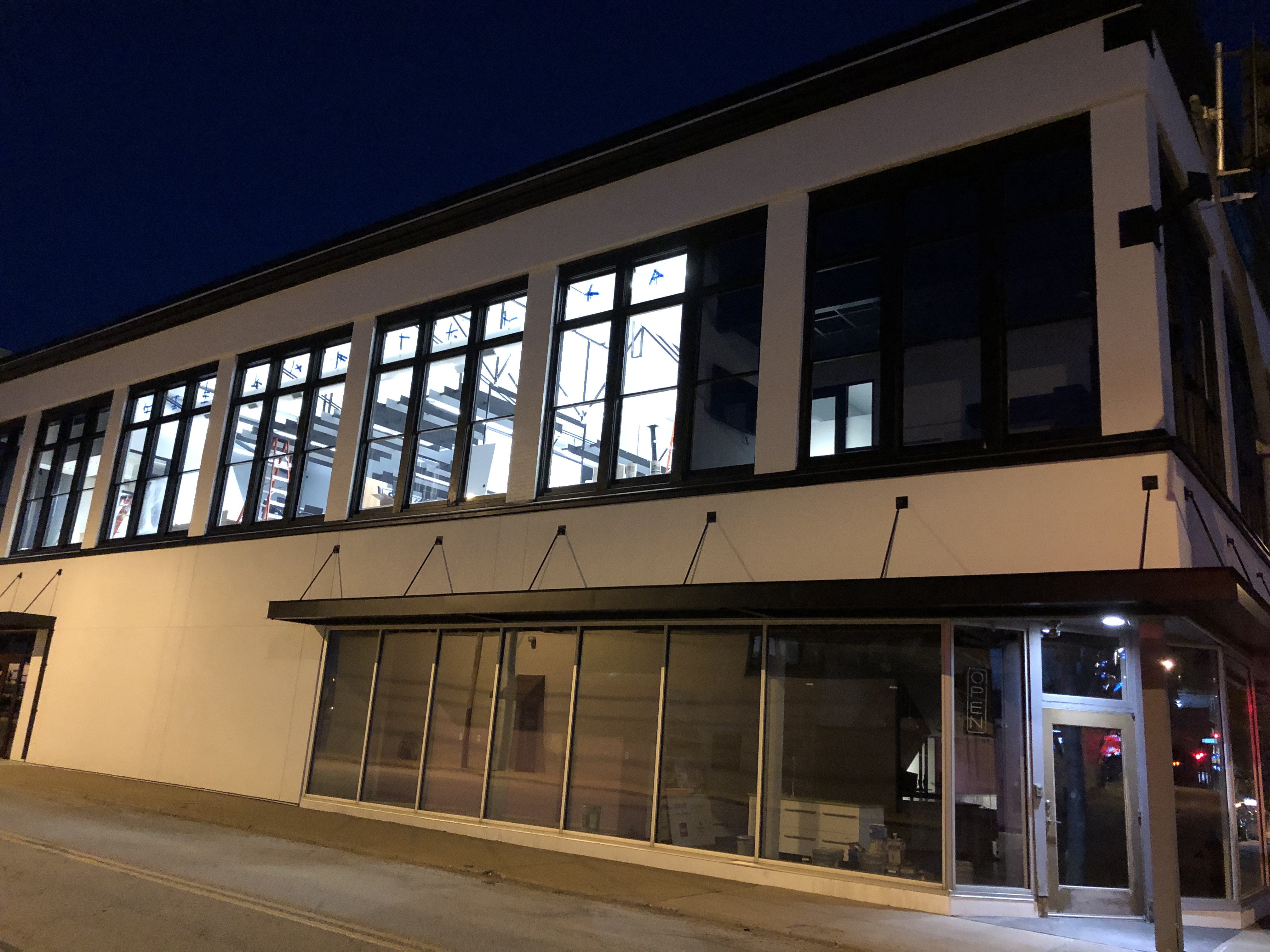 split the Bryant project into it's own thread

No news to share here. Just thought this was an interesting photo I took this week: the cluster of new buildings with some old sticking out. 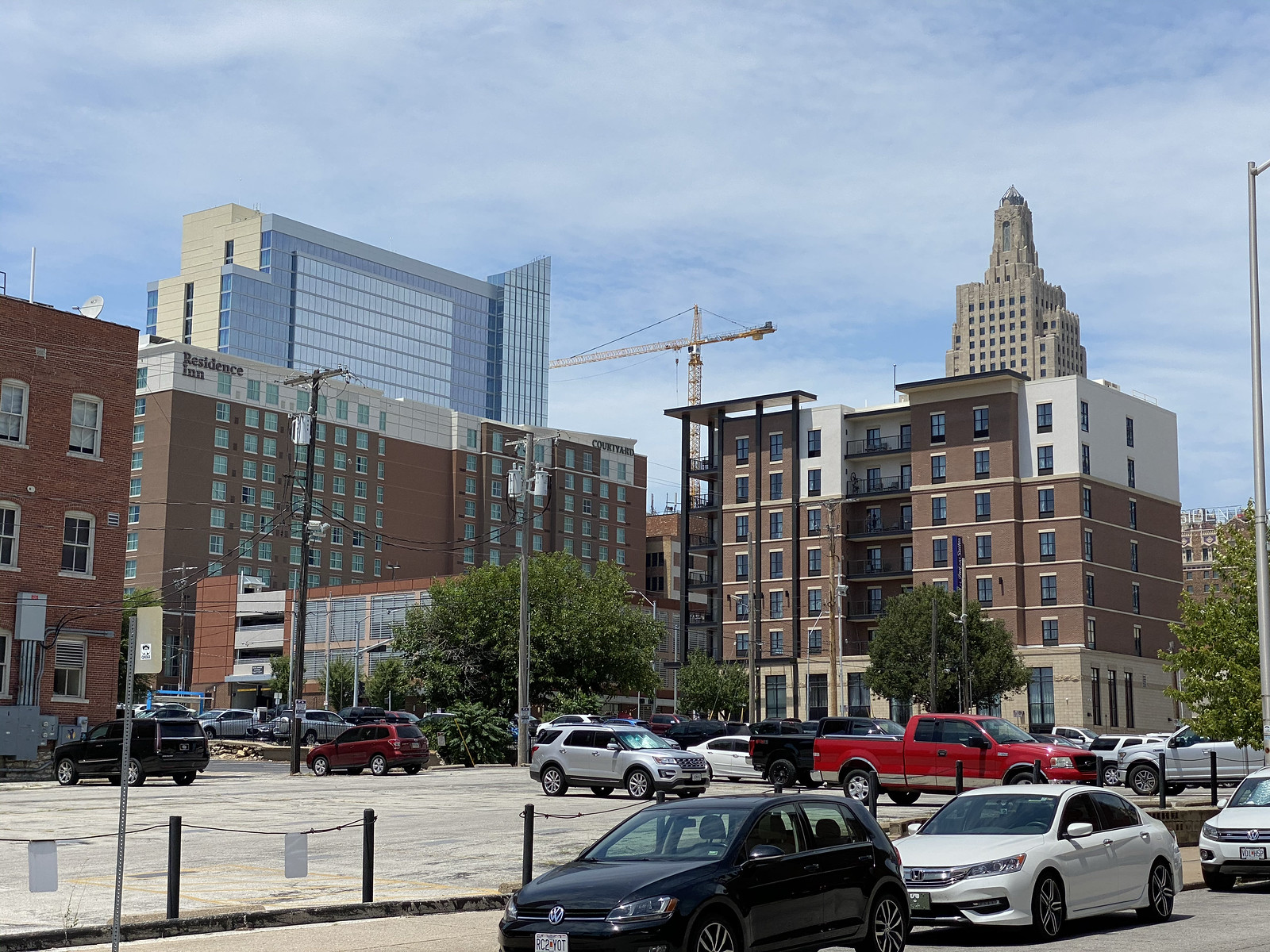 ^Isn't there an unannounced plan for that lot? I think Dave mentioned something brewing a while back but nothing specific. Who owns it?
Top

earthling wrote: ↑
Mon Jul 20, 2020 12:00 am
^Isn't there an unannounced plan for that lot? I think Dave mentioned something brewing a while back but nothing specific. Who owns it?

I have no new info.
Top

LInk to 1832 McGee redevelopment. Looks like they hope to get it open by January 2021

I just saw a map from a broker that claims 20th and McGee mega-parking lot is slated for "FUTURE OFFICE DEVELOPMENT." Is anything known about this?
Top
Post Reply
2967 posts