I'm starting a new thread for the KC Star building redevelopment, since it's no longer owned by McClatchy and the Star staff will be moving out of it.


The Kansas City Star’s historic headquarters building at 1729 Grand Blvd. has been sold to a local developer who wants to redevelop the property as a first-class office project for up to 1,200 workers.

On Friday, The Star’s parent company, Sacramento-based McClatchy, announced it had sold the historic property and the 11-year-old Press Pavilion across McGee Street for a combined $42 million.

Vince Bryant, who recently participated in the successful redevelopment of the Corrigan Station office project at 18th and Walnut, said he’s looking forward to the opportunity to renovate the historic Star property.

“I’m looking at many different options,” he said, “but my number one hope is to create a campus-like office setting, one of the best in the city.”

On the north side of the historic property currently occupied by a surface parking lot, Bryant plans to build a 600-space garage.

On the south side, where the landmark fountain is located, he wants to create a lane that would connect McGee and Grand, allowing vehicle access to the front of the building.

Bryant said undeveloped Star property along 18th Street between McGee and Grand is slated to be developed as a potential five-story apartment or hotel project or both.

really excited for this. vince does great work.
Top

Where is the Star moving to? Hopefully they will stay in DT KC. Will they keep the printing building?

When I read this, I was hoping that McLatchy had sold the Star. No such luck.
Top

Highlander wrote:Where is the Star moving to? Hopefully they will stay in DT KC. Will they keep the printing building?

They’re moving the newsroom to the printing building.
Top

^Yeah, The Star's parent sold printing press building but will lease it back for operations/newsroom/staff. That's how shrunken The Star has become, seemingly a skeleton crew biz. Though many may work from home too w/out a desk.

Another lot filled but ideally the garage would have ground level retail space. Can be used for storage or maybe conference rooms until right timing for retail. Would expect Xroads Association would have this as a default push with developers for all newly constructed buildings/garages...

Has there ever been a thought of doing a gallery in residence program for unused street retail space downtown? I know it's harder than it sounds and would take an endowment from someone and an expectation that land owners would charge only a nominal rent. But I always thought it would be good government the history of the crossroads.
Top

Has there ever been a thought of doing a gallery in residence program for unused street retail space downtown? I know it's harder than it sounds and would take an endowment from someone and an expectation that land owners would charge only a nominal rent. But I always thought it would be good government the history of the crossroads.

The Urban Culture Project used to do something along these lines, with the Paragraph Gallery on 12th across from Andrews McMeel one of their more prominent spaces, along with a brief show in the Jenkins Music Building (facade). Paragraph is still in use. Not sure how active they are today, or if they continue to branch out into other available spaces.
Top

Charlotte Street Foundation has studio residencies with shows in both the paragraph and open studios in Town Pavilion.
Top

I'm pretty sure every bank that has a branch in Xroads has an artist in residence program. Hotel Phillips used to have one (not sure if they do anymore), i think the new Xroads hotel at the Pabst building plans to have a significant artist in residence program and I wouldn't be surprised if any number of other hotels don't have something similar if only on a smaller scale.
Top

Wow, saw them bringing in sand ~week ago...not what I expected. I guess it's fine as a temporary use, but Grand needs to go UP! 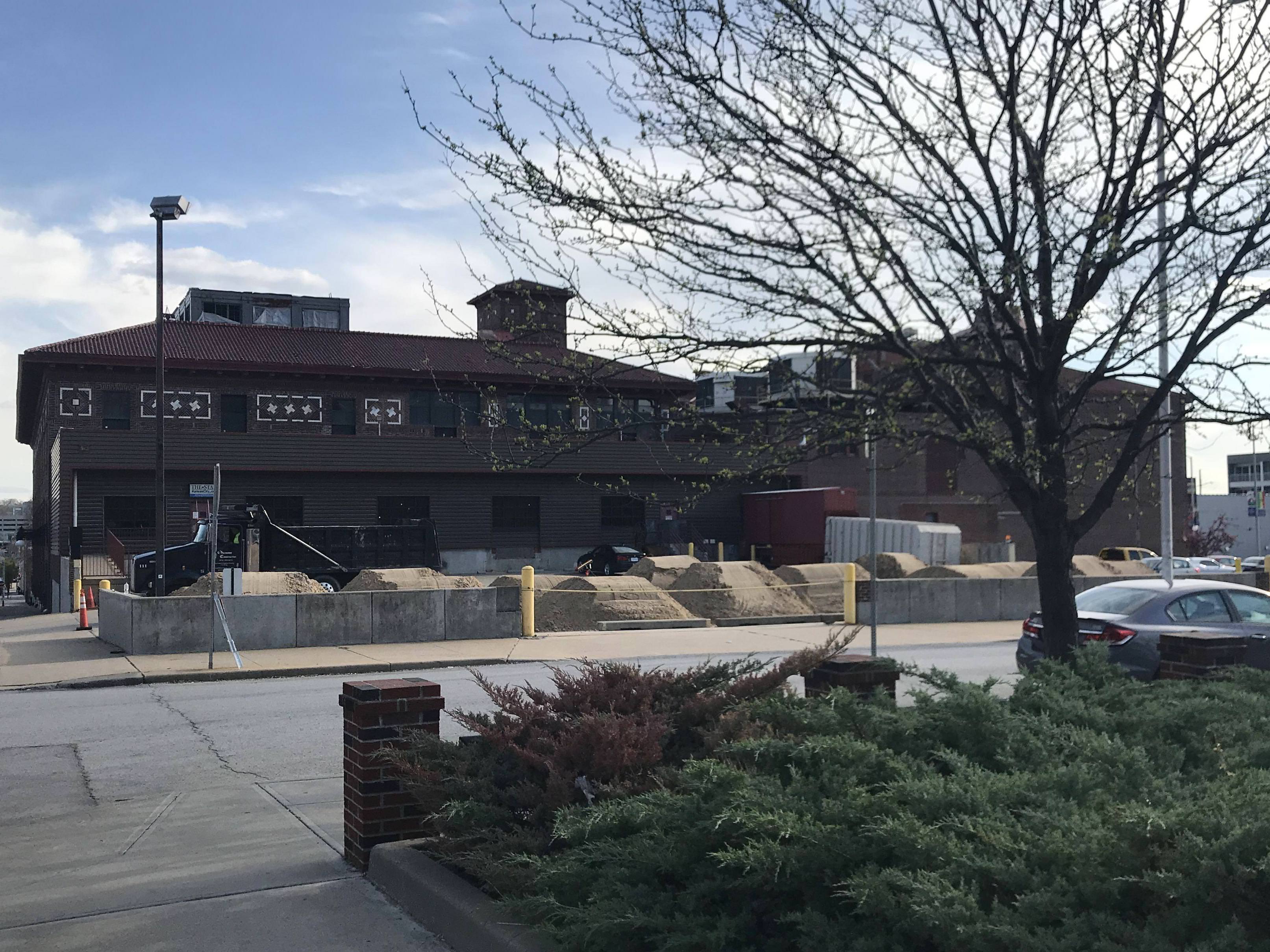 should be a great spot on first fridays to play sand volleyball, crack a beer, and accept delivery of 18 jesus cookies
Top

There are several sand volleyball courts at Berkeley Park.
Top

With leagues and everything.
Top

With leagues and everything.

There's one sand court each at Roanoke Park and Brookside Park too
http://kcparks.org/amenities/sand-volleyball-court/
Top

How do you join?
Top

Bar K will be open soon and close.
Top

The staff of the Kansas City Star have moved out of the former newspaper headquarters building at 1729 Grand into the press pavilion.

At one time, more than 1,700 people worked at 1729 Grand, but the rapidly declining fortunes of the newspaper industry over the past decade has prompted substantial layoffs as revenues have continued to drop.

Approximately 200 Star employees remained in the old building last fall including newsroom, advertising, human resources and technology staff, according to a statement at the time from McClatchy.