Edit: Checked others...
Even more surprising, STL has 63M sqft rentable overall and does include Metro East. Minneapolis also has less retail space than KC at 64M sqft. Columbus is also high for its size at 62M sqft.

Is impressive with all that space that KC's vacancy is under 8%, comparable to Denver. 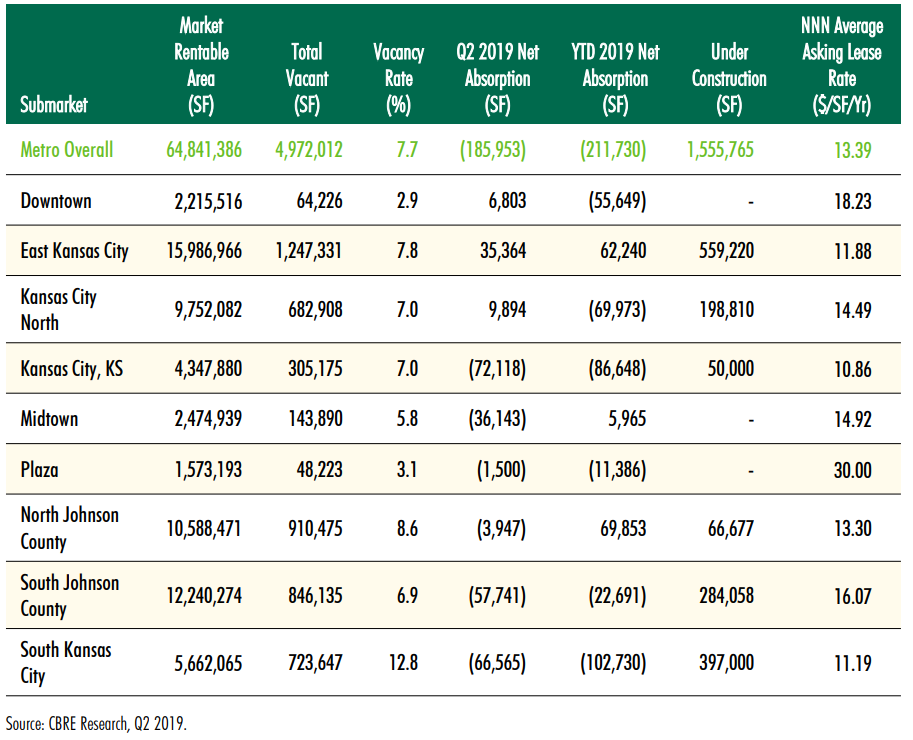 Sqft of retail space must be a function of sprawl.
Top

Seems to be the case. Interesting to see East KC burbs still where the retail growth is hot.

edit: If you compare to Q1/2017 in first post metro space is actually shrinking a bit so 'construction' might be more about churn of old to new spaces, like an old KMart/Sears spot turning into something else - in addition to sprawl in KC's case.

We might be seeing just the scratch of surface with impact of online shopping. Overall retail sqft shrinking, churn of old spaces into 'experiences' (like doubling down on bars/restaurants) and fewer traditional stores.
Top

The upside to rising retail rents downtown with lowest vacancy in metro is that it may encourage more developers to include a retail element to their projects.

About half of Cosentino's is prepared foods with a real meat/seafood counter (that will take special orders), TJ's doesn't do prepared foods or fresh meats. And TJ's doesn't carry common brands or broad range of items. TJ's is a true niche specialty store, C's is a broader services store. I think they'd complement each other. Is like asking if an extra bar/restaurant would hurt others. A Whole Foods might hurt them a bit, which is being tested now in Brookside with new WF nearby.
Top

Cosentino's is wonderful for what it is, but they are in need of some more serious competition to keep things current. It is a nice store, but I feel like they have changed very little in 10 years. They aren't enough of any one thing to make them a destination, and I think that's partially why many people in the area still go to Whole Foods or Price Chopper. The meat and seafood situation has been meh for a while, and they have had the same exact food in the prepared section for 10+ years. I could be wrong, but I don't think their organic produce selection is very good. TJ's coming in as a more affordable and niche offering might make Cosentino's focus more on some things they can definitely separate themselves with.
Top

Downtown vacancy improved from Q2 but apparently lost some retail space as well.
Plaza vacancy improved but there have been several closures announced since report.
East part of metro continues to build significant retail space.
Can compare to Q2 report several posts back. 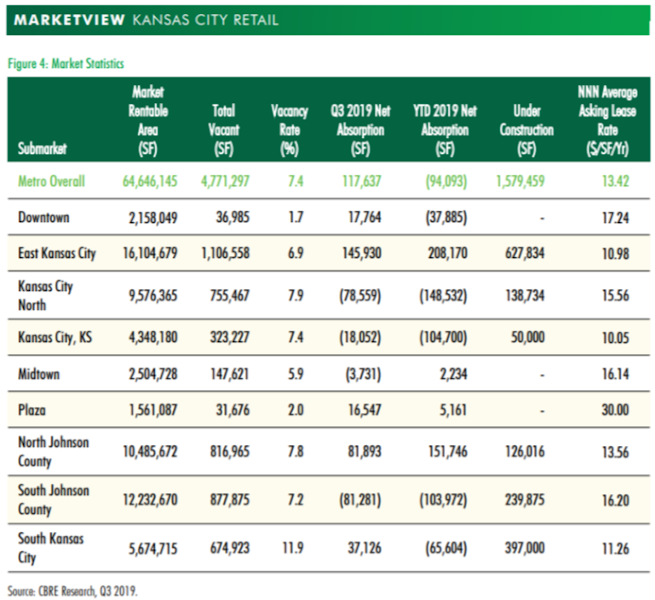 According to JLL, % breakdown of retail bankruptcies for US...


Long before COVID-19, the retail sector was transforming. Shifts in demographics, evolving consumer preferences, the erosion of the mid-market buyer and highly leveraged retailers created an environment with little margin for error and an increasing probability of closures or bankruptcies. In 2019, before the word “pandemic” was commonly used, retailers closed 9,300 stores. That represented a 60 percent increase from the 5,800 stores closed in 2018. As perhaps another 15,000 permanent store closures are recorded in 2020, consumers are speaking through their purchases. Their message is that convenience and safety are among their top priorities. 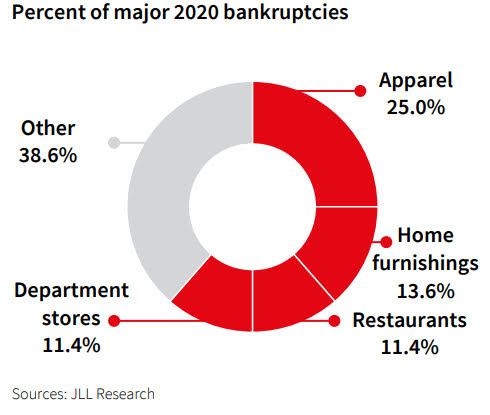